~As you may have read in Part One – during the “Halloween Nor’easter of 2011, we lost power on Saturday night, October 29th~ Now it was Monday.

Monday, morning came. It was Halloween and still no power. I regularly take Halloween off from work, so luckily we did not have anywhere to be. DC had his ‘un-toasted’ toast for breakfast. I realized in my fervor to find coffee the day before, I never had anything to eat (“The Storm Diet” was a ‘terrific’ diet while it lasted) – so I joined DC for some ‘untoasted toast’, went to work again on the ‘*RS Room’ and began mapping out a new coffee hunt.

Before we left on our coffee hunt, DC’s Dad showed up. He delivered a contraption that he made from a car battery. This was, in my opinion THE best thing ever! A place to charge phones, plugs for lights or whatever else I needed to plug in, although the coffee pot did not occur to me at the time, lights for DC, did.

The downside…… he wanted to take DC with him to his house. Now of course I want DC to be somewhere warm, with power, water and without a RS Room, but on the other hand, I don’t ever want DC and I to be separated during any sort of emergency type of situation; I just want him with me, plain and simple.

Now feeling very cut off from the world, I began my ‘coffee quest’ alone. The Dunkin Donuts I found the day before was no longer open. I stopped at a nearby hotel – knowing full well that there were no hotel rooms available in the state, but I was there, so I may as well check it out. I felt silly even asking and of course there was nothing available.

Tonya, Coach and I tried to keep tabs on each other during this whole fiasco, but with my phone not really working, it was difficult. Fortunately, Tonya called while I was still out driving. She called to say that another friend, Pat, had just had her power restored. She had invited us all to come for dinner and trick-or-treating in her neighborhood. Our kids trick-or-treating together has become somewhat of a tradition. No matter how many Halloween parties DC attends and no matter how many different costumes he gets to wear before Halloween, he still wants to wear a costume ON Halloween. I, for one was tired of the stares and comments when out trick-or-treating with an 18, 19, 20-year-old alone. Going out in a group just seems to work out better.  I immediately called DC’s Dad and told him he could keep him there for the day, but he needed to be home at 5. He was not going to miss Halloween if I could help it and if Pat had her power back, it wouldn’t be long for us to have our power restored.

I kept myself occupied the rest of the afternoon alternating between working on the RS Room and searching for coffee. Finally DC came home. I got him into his costume while it was still light out. I have to say, we planned this costume well…… “Elf” complete with a snowy background.

DC was happy to see his friends, happy to be celebrating Halloween and happy to be somewhere with power. Pat and her neighbors were happy not to be stuck with all of the Halloween candy they had purchased ahead of time.

Elf, “Gabriella Montez” (from High School Musical), Sly Stallone and Pebbles were ready to hit the road for trick-or-treat. Surprisingly, almost every house was ready for this last-minute Halloween. Trick- or- Treating with snow on the ground was an  experience they will not soon forget, I am sure. I will never forget it, for sure.

After covering the neighborhood, carrying full bags of candy, it was time to head home. I was still living under the delusion that this would be over by the time we arrived home that night – it was not. We piled on our “storm wardrobe”,  comforters, blankets, etc. and went to sleep. I had to be back at work on Tuesday and when Tuesday morning arrived I still wasn’t sure that there was power at the office, but off we went. Driving to work, I realized that I was preoccupied with hanging branches. This preoccupation lasted for many months after this storm. Even now, when it is windy or stormy, I find myself watching the trees as I am driving.

There was power at the office and DC was able to sit and watch some movies on his laptop. I was just considering bringing him back there that night to sleep in my office, when my mother called. Her power was back so we made plans to go there.

The next two days went pretty much the same as Tuesday. Work, home, check for power, work on RS Room, pack some things and go to Grandma’s before it got dark.

In the morning –  stop home, check for power, work on RS Room, go to work with DC. I really have to say that for a child so very afraid of storms, lightning, clouds, thunder and the power going out – he was a real trooper. I was proud of him. It was almost as if he was able to put his fears and the behavior that goes along with those fears on hold for the duration of this storm and aftermath.

On Thursday night at about 8pm, I called my landline – another thing I did regularly when we were out of the house, and the machine picked up! We had power!

My mother wanted us to wait until morning to leave but I could not think of anything else but getting the RS Room working and clean. DC was beside himself yelling, “My powers is back!” (DC-speak; his powers)

Home – RS Room fixed and clean – everything went quickly back to normal.

All but one party was rescheduled – our “cancelled Halloween” had become a weeklong event running into the second week of November.

Best Buddies held their party on the following weekend – Pebbles and Bam Bam attended – with “Gabriella Montez”, and Best Buddy, Steve of course. 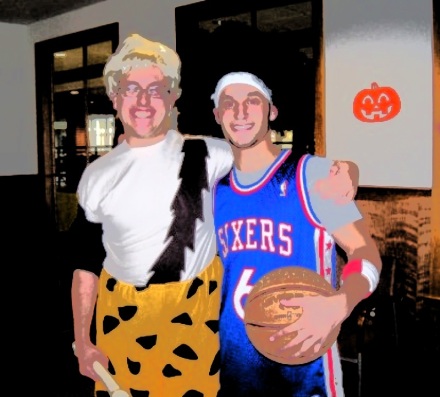 Many of the surrounding towns officially cancelled Halloween and rescheduled it for the following week – our town did not. We did receive a flyer in our mailbox from a neighbor with young children asking that the neighborhood join in for an hour-long  trick-or-treat on Saturday night. DC and I participated and then headed out to the next town over – where Halloween was officially rescheduled – to visit a friend and celebrate “Fake Halloween”. 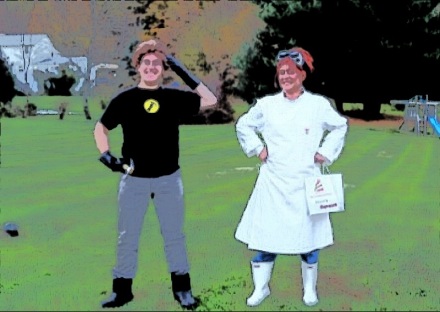 We just happened to have one more unused costume set on-hand that we could not let go to waste. 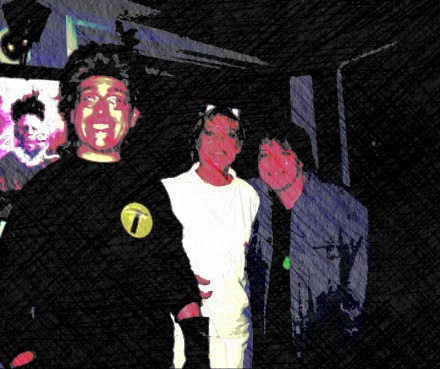 I do understand that others had it much worse. My friend Steve had no power for 11 days. 11 Days!!!!! I would have had to just move away at that point. I hoped that because DC had gotten to the point during this whole ordeal where he seemed to be able to put his fears aside, that this new attitude would carry on through to the next storm – it did not.

School had been cancelled throughout this whole power outage. Between hurricane Irene in August and the Halloween nor’easter, all snow days had been used up for the school year and it was only early November.

On the UP side……….. I did loose 5 pounds on the Halloween nor’easter diet and I did get one of those store-bought contraptions from DC’s dad for Christmas that year.

It does have to be charged every few months and each time it comes out, DC gets nervous.

7 thoughts on “….and they cancelled Halloween – Part Two”