I have never attempted  “Elf on the Shelf” with DC. It looks like fun but I am not quite sure that he would “get it”, and if he did, I would be terrified to ruin the whole thing by forgetting to move the elf every day.  Unfortunately, the anxiety of forgetting is still never a guarantee that I will remember when it was time for Elf to move to a different spot. Then,  as *Geri said to me on Wednesday, “I don’t know where I put Derek the Elf last year. I have to find him by tomorrow” – I would always be in that same boat – I am notorious for putting things away that are never to be seen again.

Not participating does not stop me from harassing my two co-workers with clever photos of Elf ideas that I come across. If I am not going to do this, then they darn well better get creative about it for their kids. I mean someone should use the ideas that I would have used if Elf lived in our house, right?

Last year, Elf seemed to be everywhere. I do not know if it had become more popular or if it was due to the fact that two of my friends/co-workers, *Al and *Geri were elf’ing it for their children and that many of my instagram friends were posting daily photos of elf and his/her activities at their house. Whatever the reason, I found myself feeling guilty not having done this for DC.

After thinking about it for a while, trying to come up with something else to do in place of Elf, something that didn’t depend 100% on my memory –  I thought about his love for Christmas ornaments and our annual “ornament ritual” and came up with an idea.

DC loves ornaments. He always did. When I come across an ornament of a character, book, food or object that he loves, I buy it and save it for Christmas. Our tree generally goes up the day after Thanksgiving. DC loves going through all of his ornaments and hanging them on the tree. He is at the point now where he can unwrap and hang them all himself. He has accumulated so many  over the years that there is no longer room for any other ornaments on the tree – my Star Trek collection has not seen the light of day in many years.

Depending on the amount of ornaments I have stockpiled ahead of time each year, one is placed under the tree every few days. DC knows that if the gift is wrapped in aluminum foil, he has permission to open it.

I decided I might try hiding the ornaments around the house every few days. In making up this new tradition, there were no rules and appointed times that I needed to adhere to. I decided I would not tell him about this hunt, but I would hide the fist one or two new ornaments in places where he could not possibly miss seeing them, until he got used to not finding them under the tree.

I hid the first ornament on the shower rod, knowing there was no way possible that he could miss this. If he didn’t see it the second he walked into the bathroom, then he would definitely see it the moment he looked in the mirror. There was no way he could ever miss this ornament!

It hung there the entire day. He even took a shower and did not notice it. Finally I had to tell him that I thought I saw a new ornament hanging in the bathroom – only then did he find it.

I hid a new ornament the following day. It was sitting right on top of the shoe basket. One of the first things DC does when he walks in the house is take his shoes off. There was no way he would not see this one. 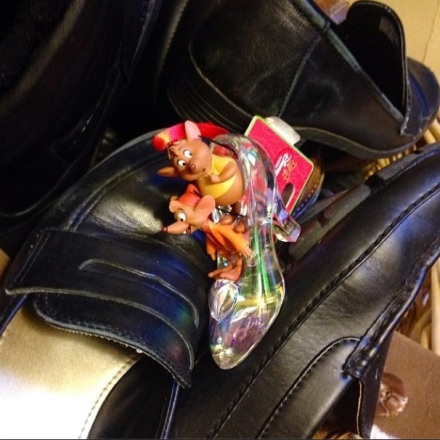 This was not going as well as I expected. He was happy as he always is to receive a new ornament, but the whole surprise of just happening upon a new ornament was not what I’d hoped it would be. I just about had to point them out to him. I could have just continued on with the ‘aluminum foil package under the tree’ tradition.

I decided I would leave a note each time there was an ornament to be found.

This helped in his search, but still,  the ornaments that were right out in the open and visible seemed to be the most difficult for him to find. 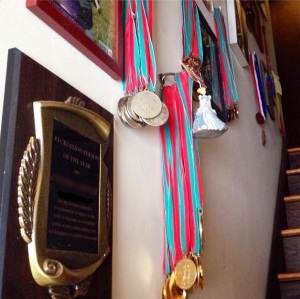 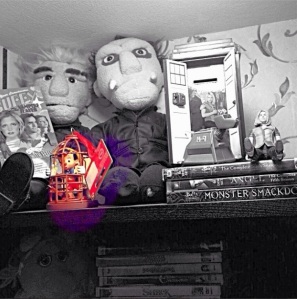 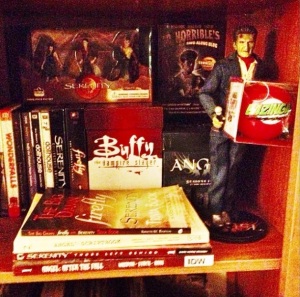 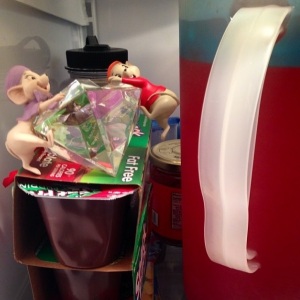 For a child that never misses anything, he was missing a lot.

Even odder – the ornaments that were hidden well out of plain sight, were found almost immediately, before reading the notes or clues. He went right for them. 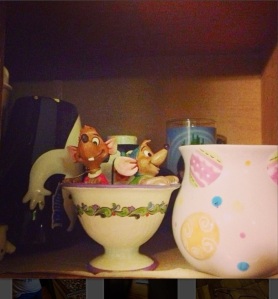 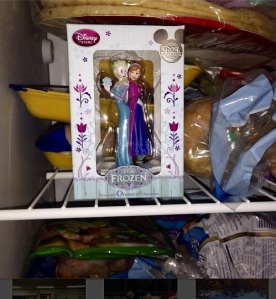 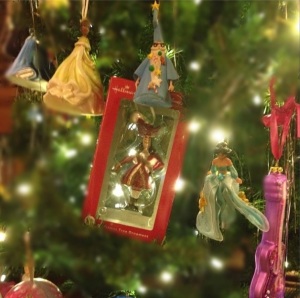 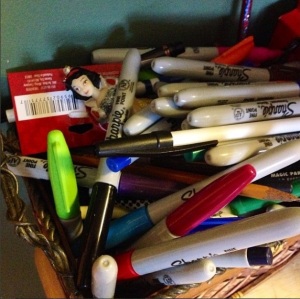 By the time Christmas rolled around and the last ornament was hidden and found, he had finally gotten the hang of it. He was having fun with it. 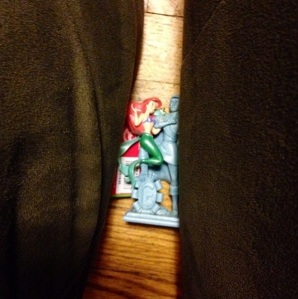 So, we’ll chalk last year up to a ‘trial run’. Here’s hoping this year I can get a little bit more creative with the hiding places and maybe leave clues instead of plain old notes. But still, our new tradition is not Elf on the Shelf – funny how these silly, little things can make one feel so guilty.

My stockpile this year does include a “Buddy the Elf” ornament which will be hidden on the shelf.