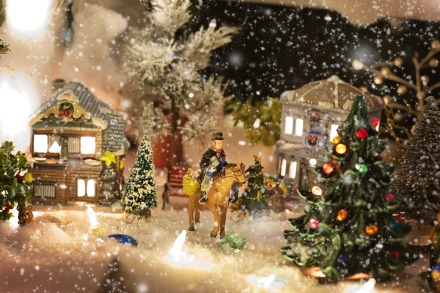 From December 2016 – In an attempt to muster up some Christmas Spirit, we decided to try to find and visit a few “Christmassy” towns and/or events. What I was really looking for was one of those little towns that one sees over and over again while watching far too many Hallmark Christmas movies (they start running in October, you know).

I wanted to find one of those places where the hotel room is decorated for Christmas. Where you can walk out onto the overly decorated street to find carolers singing, a hot chocolate/cookie stand, Christmas parades and Santa out on the town green. I don’t really care all that much for hot chocolate, but that is what I want. Where can I find a place like that?

Although we did not find the “Hallmark Village”, we did visit a few interesting and yes, “Chrissmassy” places.

Our search will be continued this season… so look out Hallmark, here we come.

DC loves Christmas as much as he loves Halloween.

He loves getting to see Santa, but even more than Santa, he LOVES the rare occasions when he gets to see Mrs. Claus.

His Mrs. Claus cup runneth over this year…..

Me, not having the happiest year this year, needed a boost and set out looking for some Christmas Spirit. Although, I did not really find it – DC sure did.
It was enough for me just seeing him enjoying himself so much and all of the Mrs. Claus sightings certainly added to his excitement about Christmas coming.

Our first Christmas-themed trip was accidental. We decided to visit the Yankee Candle Village in South Deerfield, MA. We did not know that we would find Christmas, but find it we did.

There was singing in the snow……

And…. the first Mrs. Claus sighting of the year!
Thinking he was going to be disappointed that Santa was not there – she apologized and told him that Santa was busy at the factory. Little did she know that Mrs. Claus beats Santa anytime in DC’s book.

There was lots to see and still enough time to take in a show – a quick one. 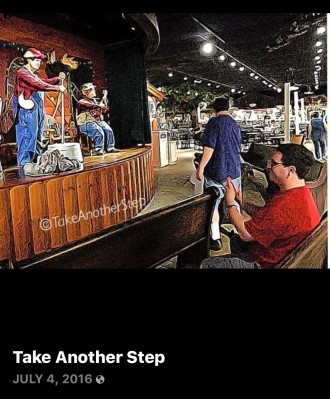 Thanksgiving was spent in the Essex, CT area but Christmas was already all around.. 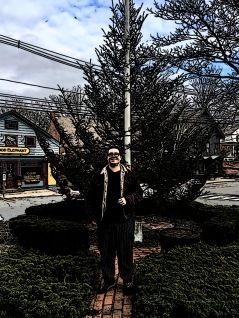 No trip is ever complete without a book store visit.

December hit and even after a full month of sappy Hallmark Christmas movies under my belt, the spirit was eluding me. So we took a trip to Mystic, CT for the Christmas Fair. 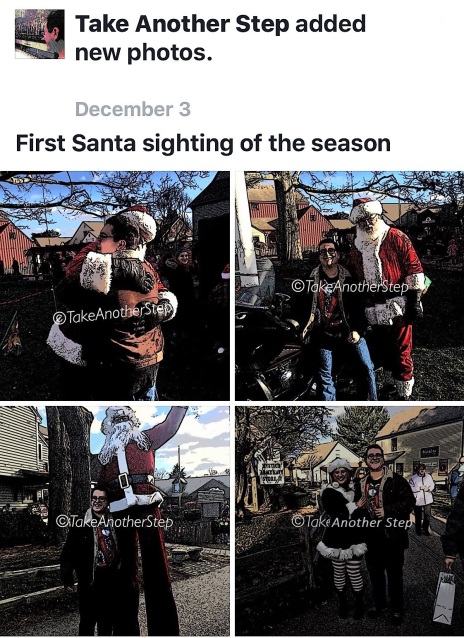 DC’s first meeting with Santa of the season. Santa was unprepared for the big hug he received!

Then he spotted Mrs. Claus! She got an even bigger hug! The icing on the cake! 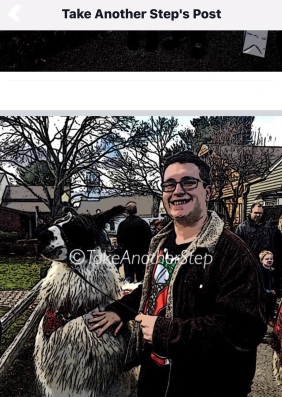 There were elves, carolers and llamas wandering about. There was music, magic

and an Alice In Wonderland Tea Shop and Store.

There was of course a visit to a book store but I forgot to take a photo.

Treats; we can not forget the treats with hot chocolate.

DC, of course was full of Christmas Spirit by now. I, on the other hand was not…. but it was still enjoyable watching him get so excited.

We planned a weekend in Sturbridge Village the weekend before Christmas, but there was a big storm. Luckily we were able to cancel and re-book for the following weekend. This would mean we would be away on Christmas Eve, Eve and Christmas Eve Day. We would have to rush home for Christmas Eve night at my mother’s house. It would be a little bit rushed, but we decided to book it.

I am glad we did. DC had the best time!

It was just beginning to get crowded when we arrived so one of the workers told us that we would have better luck if we followed the map backwards and went to see Santa first. Later the wait would be hours long. We took that advice and headed straight for Santa.

Santa spent quite a long time with DC -, so much time that I was beginning to get nervous that we were holding up the line. DC was thrilled.

Next, we visited the Talking Tree – he got a big kick out of that. 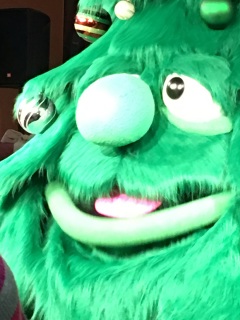 But he was a little preoccupied by a sign he noticed on the way up to see Santa so that HAD to be our next stop. He was not going to wait any longer.

His THIRD visit with Mrs. Claus this year!

One Happy Guy, right there.

The rest of the Village was “A Christmas Carole” inspired. We watched the lighting of the tree, Carolers were singing. DC met the Ghost of Christmas Present and actually asked him a question instead of his usual reciting of movie lines. 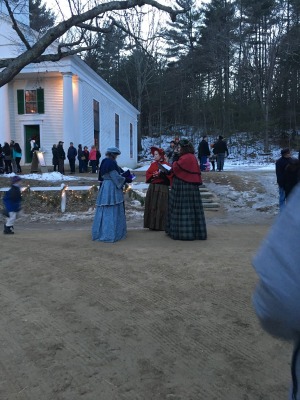 He was not willing to try a sampling of the Cratchit Family Christmas Dinner, though. 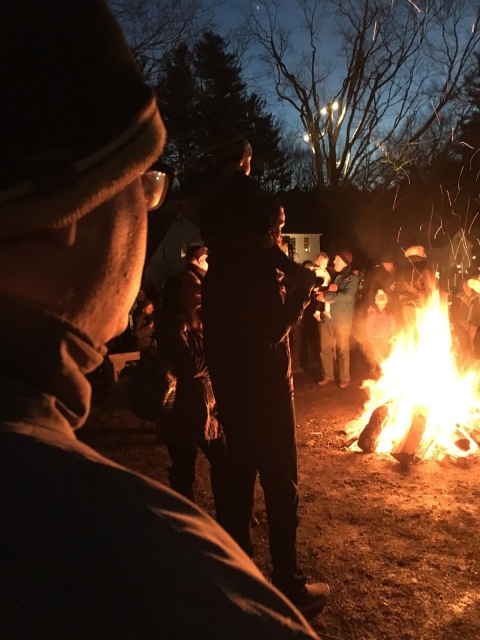 At the Bonfire – “Mom, I am getting very nervous about this!”

Yes, of course. Didn’t you know? Couldn’t you guess? There were …….