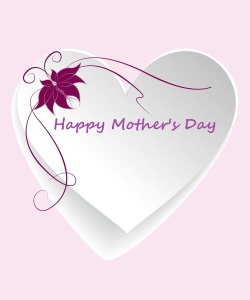 DC always has written me little notes or drawn me pictures of hearts and flowers. Some of the time it happens when he thinks he might be in trouble for something but I do also get notes and flowers occasionally for no reason at all.

Lately, any time there is a craft or project to be done at one of his activities, I can always count on him making it all about me (and no, I am not there to influence him in his decision making).

For example, off the top of my head,  last year his summer camp celebrated their 50th anniversary. While waiting for lunch to be served, all of the campers were supposed to make birthday cards for the camp. DC made a birthday card for me (it wasn’t my birthday). Fortunately, I was there for the celebration, thanked him and had him make another for the camp.

At Christmastime, at his Best Buddies party, the assignment was to write a letter to Santa.

What DC ended up with is a cross between a love letter to me and a letter written as if he were Santa with a favorite random movie line thrown in. “Always remember, it’s what’s inside that counts” is one of his favorites from “Cinderella 2: Dreams Come True”.

I am not sure if he genuinely understands what that means, but he uses it often.

Last week at his Best Buddies end of season party,  the buddies were provided with unfinished wooden frames and a photo taken of them and their Buddy or in DC’s case,  Buddies – he has 3 (only two were in the photo, though). The activity was to decorate the frame, which I imagine was supposed to be a memento of their time together, this season.

Instead, Mr. Calendar, knowing that Mother’s Day is “what’s next”, turned that activity into a Mother’s Day gift. He just can not help himself. 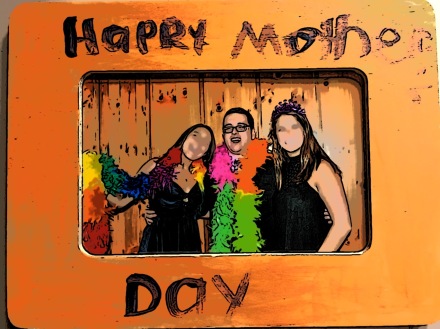 His Buddies thinking that he would save it until Mother’s Day, were surprised that he gave it right to me, when I came to pick him up. Apparently they are not yet aware of DC’s inability to keep a secret so I explained that even if he thought to hide it until this week, I would hear about it and would probably be shown it every day until he officially gave it to me.

The assignment was: A letter to Santa

I got a love letter from my boy.

The assignment was: Decorate a frame as a memory of your Buddies.

I got a Mother’s Day gift from my boy.

Even when he gets the assignment wrong, he gets it right and I have no problem with that at all…

9 thoughts on “Even when he gets the assignment wrong, he gets it right.”