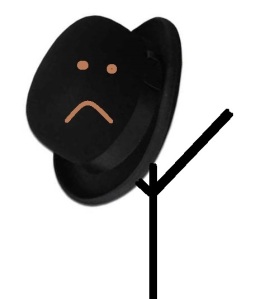 So Halloween is upon us.  It is already September and we are a little bit behind schedule this year. We usually have our costumes chosen and purchased in August. We did pick out our “official” Halloween night costumes way back in April or May so we are not 100% behind, but we are still behind. There are plenty of parties to attend for which DC must have different costumes (gotta love this boy!).

Okay maybe we like Halloween just a little teeny tiny bit -but we’re not obsessed or anything….

Last week we discussed what party costumes he wanted to wear this ‘Holiday’ season. This is always a little bit of a challenge.  At times the costumes that DC requests are just people that he likes who happen to be wearing regular everyday clothing, or it is an obscure character that nobody knows but him (he might get that from me).  Most of the time there is no such costume available so my mission is to come up with something or make up something that at least in his mind, makes the point.

The one costume that continues to make the list from the time DC was very young is “Jim Dear” from Lady and the Tramp.

Not my idea of a Halloween costume, but – this is not about me….

……not ALL about be, anyway.

But, this year I was prepared.

Last October we attended a fundraiser/gala with Tony Orlando. The gala had a 1940’s theme. It was not a costume party, it was a theme, but in keeping with DC’s love of costumes, I bought him a 40’s style hat to wear with his suit. There was also the added incentive to get him excited about going to the event of calling the hat and suit a costume.  While I was shopping for said hat, I came across a derby style hat that closely resembles the hat that “Jim Dear” wears. I purchased that to save for this year.

While looking for items to make a “Timekeeper – Spy Kids – All The Time in the World” (yes, we must use the proper and entire title) costume last year I came across a tremendous amount of steampunk costumes.  I discovered them too late for last years’ costumes (they had already been chosen and we can’t mess around with the costume line-up)  but I knew that they would be a great option for this year.

I had everything ready when we sat down to choose his costumes. I had a choice of two suits up on the screen, I had a few options for “Lady” stuffed animals for him to carry. I even found a “Tramp”…. and I had the hat.  I was excited because I knew that he would be so excited when he saw that one of his costumes would be “Jim Dear”. I saved the surprise costume for last.

He chose a Disney Character – surprise! He also chose a character from a television show – whoo hoo! – a current television show – bigger whoo hoo! When we had only one more to pick, I started to wonder why he hadn’t yet brought up “Jim Dear”. I thought he may have been so overwhelmed by looking at all of the other costumes that it had just slipped his mind, so I opened up the windows that I had saved, expecting him to be over the moon….

Anyone in need of a black derby hat complete with decorative feather?

– in great condition – never been worn….