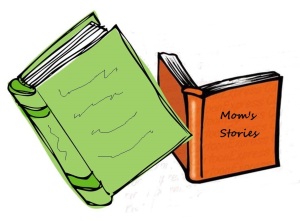 Last month I wrote a post All the….small things, based on a conversation with a friend of mine that included snippets from an old website we used to run. It turned out to be my most popular post in April.  As I was trying to get a few posts written and scheduled ahead of time to run while we were away on vacation and for the very busy week I expected after we arrived home, I decided to go back to the old website and post a few more snippets on an array of different subjects…. but mostly just plain funny stories.

“Some of the following blurbs are mine (DC was very young at the time) and some are from friends of mine”  but all of them show us that yes, we are all crawling in the dark at times – we certainly were back then and really still are to some extent – but there is always humor to be found. We might at times learn something valuable – but most of the time it is just plain funny.

You don’t wear your clothes in the pool. If Mom says it’s okay to go in because we forgot the bathing suit (meaning it is okay to go in with your shorts on) you take off all of your clothes (in front of more than 20 people) faster than she can get up to stop you – and go in naked.

You don’t wear your shoes in the water, so water shoes are out of the question.

You don’t go outside with your Pajama’s on, not even just to step out on to the porch to hold the door open for someone as they are pleading with you to hold the door while carrying the largest poinsettia plant ever grown. – Forget it if there happens to be a fire!

My 6 year old plays on a T-ball league for children with special needs. The Coach, in his infinite wisdom, coaching a bunch of 6 year olds who have probably never played baseball before – continued to yell “Choke Up”. My son proceeded to clear his throat each time the Coach gave this direction!

A Kindergartner whose family was moving out of the school district mid-year, wrote a good-bye letter to her teacher. She wanted to tell her how much she will miss her. They had been working very hard on sounding out words in class so she sounded out her letter to her favorite teacher, Mrs. Sheat. She began with:

My son and I were in the kitchen picking out one of those little boxes of cereal to take on a long car ride.  When we came across “Honey Smacks”, he wondered out loud, “Why don’t they call those butt smacks – those hiney smacks…..?”  Needless to say I could not speak – I was convulsed with laughter – I had never realized that he thought the word “Honey” was “Hiney” all this time.  But I could see how he came to that conclusion after examining the picture of the cereal on the box!

While driving to church at Christmas time, my daughter decided it was not fair that Christmas was only one day while Hanukah was eight full days.

My second daughter piped in immediately “We can’t be Jewish! We’re decaffeinated!”

My son likes to help. At times he can become overly helpful……..like the time he removed all the bamboo stakes from the tomato plants (all twenty of them,) and put the stakes back in the shed where they belong, vines and all.

or…. the time he decided to “weed” the vegetable bed and pulled everything out – weeds, veggies, everything green –  then proceeded to dispose of them in the swimming pool…clumps of dirt and all.

He will also dismantle any rock wall I construct and move the rocks to their original pile in back of the shed.

Recently while grocery shopping I asked my son, to get me some orange juice. Feeling so proud that I would ask him – off he went (with his older brother just a few short steps behind him). As his brother watched in amazement, my youngest son climbed up into the cooler and stretched his arm out so far as if he was searching for something. When my oldest son came to his aid he asked “what are you doing in the cooler with your hand stuck in there?” His reply was “I’m trying to reach Florida”  – TV Strikes Again….

My son was dying to be in the Christmas play at our church. He got the part of one of the Three Kings.

Apparently he did not understand that he had to stand on the stage in front of the whole church when he took the part, until the night they were getting ready to perform. He tried to beg out at the last minute, but his father insisted that he perform.

My son searched for the largest crown he could find. When he took the stage, he stood there with the crown down over his face to his neck, throughout the entire play.

Many thanks to all of my friends that contributed so many years ago.

9 thoughts on “We sure do have some stories, don’t we?”