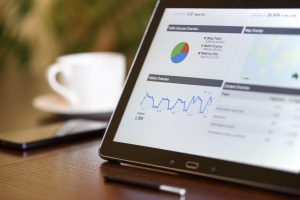 Every once in a while a blog I follow publishes a post listing the “search terms” that brought readers to the site. I do not know if this is a regular thing that the site does, but I’m pretty sure I’ve seen more than one. The “search engine” posts are usually written to make a specific point (this post is not). I always find those posts interesting of course due to the point the blogger is making but also because I love the fact that we are able to find these “search terms”.

I have often wondered how people found their way to my site. Of course there are the people who officially follow me and others I know read from twitter (and twitter), tumblr, facebook and the many other places this blog is posted and shared. But how does one just happen upon it? After a little bit of searching through my ‘stats’ page, I finally found the list of search terms. Some were pretty close to what I expected, some were interesting and others a bit surprising.

This is one of those posts that I put together and save to post later when we are away or when I am really busy and really don’t have the time to write. Like the “Blog Title Series” (Series? Yes…. there’s more), they are very often off topic or “fluff”.

There are hundreds of “hits’ that are categorized under “unknown search terms” (so…. I guess THAT would “officially be my top  category 🙂 ). I wish I could see what those terms were, but as they are unavailable to me, I’ll just go with what I CAN see.

I will begin with the list of individual, one-time searches that each brought one ‘hit’ to my page. In almost each case it is clear to me how my page came up in the results. But really, how many results would one have to scroll through to find my page by searching the word – “movie”? That is real determination……

“Autism Ravioli” was a puzzler for a minute but I am guessing the clicks went to “Progress with a side of Pasta” or “Please pass the garlic bread“.

Next we have two or more searches for the same or close to the same topic. I believe at this point if anyone were to search “band-aids and autism“ it would be difficult NOT to find my page.

Next we move on to weather. This is absolutely understandable. I am sure I write about DC’s storm issues as much if not more than his band-aid obsession……

I can not say that this does not make me very happy!!!!

~”That is a human emotion, Doctor, with which I am totally unfamiliar. How could I be “unhappy?”~ Mr. Spock – ep. I, Mudd

(Yes, I do understand that the results are a bit skewed due to the “unknown search terms” – so don’t rain on my parade)