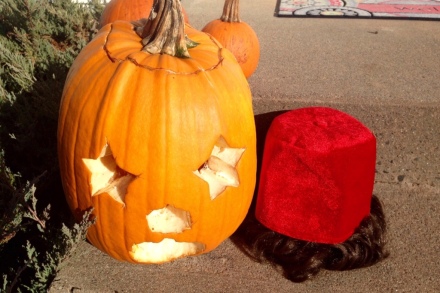 (The last Halloween post for 2015 – I promise. It’s a Halloween wrap, one could say.  This post is not as long as it appears to be – there are a good number of pictures because, you know…. it’s Halloween and I have no restraint)

As costumes go, this year was really not all that difficult.

It was a relatively easy year.

Yes, we had the whole “Jim Dear” bump in the road but luckily and unexpectedly it worked out  so – Jim Dear will be counted and included in his “costume parade” this year and of course included in his annual Halloween book that he receives for Christmas each year. 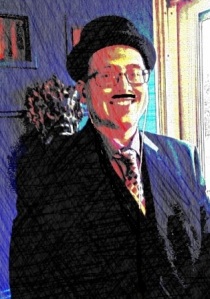 – We do take this holiday very seriously.

We may be a little bit over the top, but he loves it and I am perfectly happy to encourage and go with it!

Onward….. his second choice – the costume that he wore to his Work/Day Program Halloween Dance and the reason (well partially the reason) he was so excited when I brought out that nightmarish pair of glass slippers…. 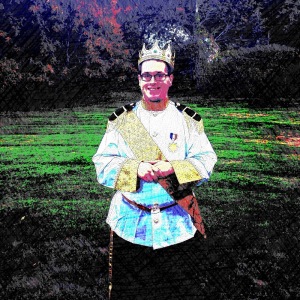 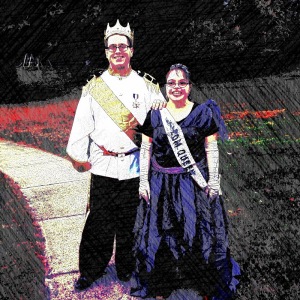 He even had the opportunity to escort a real princess to the dance. We were not allowed to call her a princess, she is the “Zombie Prom QUEEN!” But to DC, she was a princess – just don’t tell *Salli. Her costume must and should always be identified properly using the official name. Never a Princess!

A few days later we were going to the Haunted Miniature Golf Course to work at a table to support DC’s summer camp. Wearing a costume was not something I had thought about, believe it or not. When I realized the day before I ventured into my costume closet to see if there was something in there for him to wear at the last minute.

The Costume Closet: Let’s talk about the costume closet. DC and I live in a very small duplex. There is no storage and really nowhere to put anything, but still I have an entire closet devoted to Halloween Costumes (Priorities, people!). This closet is beyond ridiculous. I really can not find anything. I don’t even know everything that is in there at this point, but I was hopeful. The other issue with pulling out an old costume is that many of them will not fit him any longer. DC is a big boy.

I saw something with a black cape. I was able to get at it without the rest of the closet caving in on me. It was a Jack the Ripper costume. The only reason that I can think of for having a Jack the Ripper costume is that I must have thought I could use all or part of it for one of DC’s requests for a costume that did not exist. I don’t recall ever using it though. It had a black vest, a black cape and a top hat. It was trimmed in red. I showed it to him and asked if he would like to wear it to the golf course. I got an emphatic “Yes”. The boy just loves a cape. We tried it on. I was worried about the vest but it fit – PHEW. He went to look at himself in the mirror.

I have no idea why he thought he looked like Captain Von Trapp unless there is some obscure scene in the Sound of Music where either Christopher Plummer or Stephen Moyer is wearing a cape. If DC thinks so, then there probably is.

Only because I was still a bit confused about the Captain Von Trapp thing, I asked him again who he thought he looked like. This time the answer was “Doc Terminus” (Jim Dale from Pete’s Dragon for those of you that have not seen every Disney movie ever made). That actually made perfect sense. He did look like him, more than he looked like Captain Von Trapp, anyway. 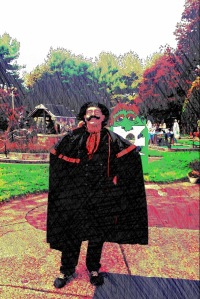 Of course we did have a mustache on hand to complete the look.

We were scheduled to man the table a second day and fortunately I did not have to venture into the dreaded closet again. I remembered his Grease garb from a Grease Sing-A-Long that we attended a few years ago that was hanging in his own closet – SCORE!  It had a jacket which was perfect as it can get mighty cold out there and there is nothing worse than having to wear a coat or jacket over one’s Halloween costume.

Nothing… Seriously… Look it up..it is just not done!

The second best part was that it was easy and recognizable…… 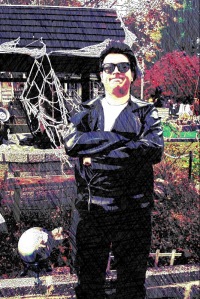 except that everyone called him “Elvis” – everyone.

His camp party came just two days after the golf course. His choice……. “Hook” but not the Disney Captain Hook (yay!)- Captain Hook from the television show “Once Upon a Time” (yay, again). I was happy with this choice. It is a popular character on a current TV show. Other than the Big Bang Theory last year, he really never chooses or has any interest in anything current, so usually No One Knows What He Is Supposed To Be. 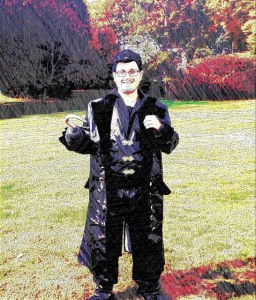 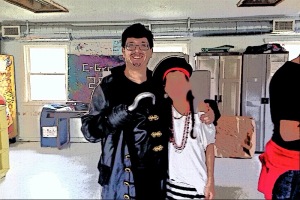 He even ran into another pirate at the party.

Fortunately no swords were drawn – it was all very amicable.

Moving on to my very favorite costume of the season!  This one for the Best Buddies Halloween party.

Dr. Who – the 10th Dr.! (DC’s favorite DR (mine as well)  and the greatest challenge of the season – David Tennant’s hair.

I finally had to give it up or the costume that he was so excited about would turn into something he did not want to wear or hear about – ever again. I think we still made the point even with the rather ridiculous hairdo. 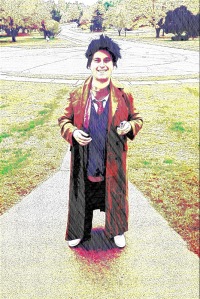 One could truly say the was “The Madman with a box.” 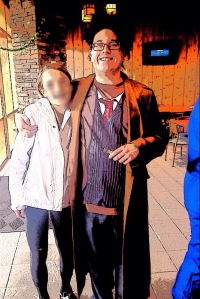 DC and his Best Buddy

Traveling in his “Big” (very, very big) Blue Box through space and time to somewhere in New England – coordinates set for October 31, 2015 and regeneration complete……. 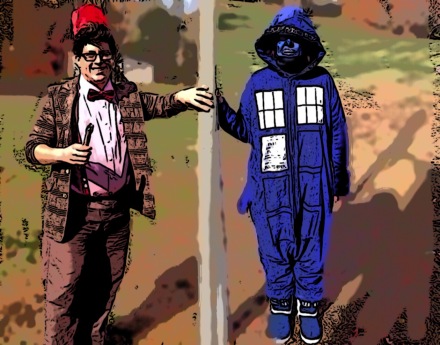 Although David Tennant, the 10th Dr. is DC’s favorite – He would not pass up the opportunity to wear a FEZ.