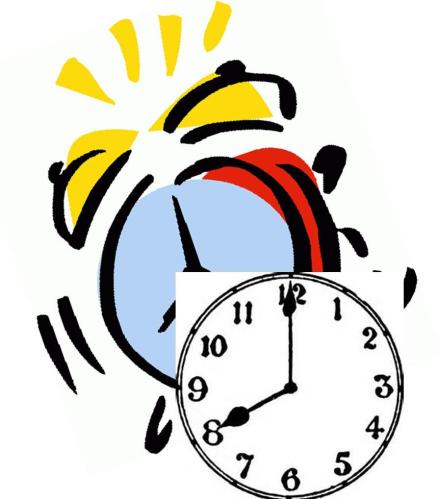 Have you ever come across a meme online that has you convinced that the creator must be following you, or spying on you – because obviously this meme was created just for you?

Today my friend, Audrey shared this meme on Facebook, I don’t know where it originated but I laughed out loud because this just happened to me.

First,  a few back story notes that I have to make before telling the story:

As a rule, I don’t get very much sleep on Sunday nights. No matter what I do, the utter excitement of having to go to work the next day keeps me awake… This also happens to a few co-workers – so it’s become somewhat of a “thing” on Monday morning to discuss who had the least amount of sleep the night before. Usually *Cracker wins the contest, but I believe this week, I was the winner. Unfortunately, there is no prize for winning.

By the time I got home from work Monday evening, I felt like I could fall asleep standing up. I do have to add that historically I am not a “good sleeper”, but once I am out, I AM OUT!

Another thing I have to mention is that DC has refused to sleep in his room at night since Christmas Eve. Once he gets nervous about a storm or a cloud because that could mean a storm or if the power should go out for a minute, or a truck going by because it sounds like thunder….. (you get the picture)….that’s it. He’s on the couch! I just can’t wait for the 4th of July fireworks that usually start going off about now. This also means I must sleep on the couch. We have a sectional so he sleeps on the chaise lounge end and I sleep on the other side.

Coincidently I made this meme just a few days ago due to a very quick power outage.

So back to Monday.

By 6:00 pm I knew if I didn’t take a quick nap I would never make it until DC went to bed. I told DC I was, to use his words, “going to get some rest”. He was sitting on the couch watching YouTube videos on his phone. I laid down in my spot. I even set the alarm because I didn’t want to sleep too long. In the meantime, DC went upstairs to put his pajamas on and gather his pillow, sheet and blankets. When he puts his pajamas on that early it is his way of telling me  that he doesn’t want to go anywhere else that day. He’s done.  I was done too, so he did not have to worry about that. I must have been really over the top tired and really ‘out like a light’, as they say, because I really don’t even remember if it was the alarm that woke me up or not….

Now this was not your typical “wake up on a Saturday thinking you are late for work and you figure it out within a few seconds” kind of panic. This was a full on “I can’t figure out what is going on” kind of panic.

I ran to the door thinking that DC’s transportation to work would for some reason still be sitting in the driveway a half hour after they usually arrive. The car wasn’t there. I still couldn’t figure out what was going on. If they arrived to pick him up and no one came out, they would first beep the horn and then have dispatch call on the phone. How did I not hear the phone? How did I not hear the horn beep? Why didn’t DC wake me up? He hates the sound of my alarm, he hates the sound of the phone. Why wasn’t there a message or a missed call showing on the house phone or my cell?
I turned from the door and yelled to DC – who was right where he would have been in the morning, “What day is it?” – DC answered “Monday”. I yelled back “No! It’s Tuesday!” (good going, let’s just totally confuse him).

If there was ever a look that said “This woman has lost her mind”, DC had it! He would never have the words to say that or really understand what loosing one’s mind means,  but he had that look.
I went back to the door to stare at the empty driveway. I looked at the clock again, thinking I had just misread it being half asleep and panicked, but no, it still said 8:00. DC is still looking at me as if to say “What is wrong with this woman?”

At this point I am even starting to second guess what time his transportation comes in the morning, as if I would forget that or get it wrong, but I was half asleep, so who knows. I mean at the time I didn’t think I’d taken a nap and slept through the night, I may have been able to figure it all out sooner if I thought that but I didn’t even remember taking a nap! I just thought it was a regular morning and I had over slept!

Now I am trying to figure out what to do. Should I drive DC to work? If I did that I would be hours late for work myself. Should I just call him in sick and take him to work with me? Fortunately before I made the call and left a message at his job, I happened to look over at the TV….

Channel “Two-Five” – in DC-speak, TNT to the rest of us, was on. I’ve probably mentioned more than once that TNT is our default channel. DC always likes it on, even if he’s not watching. He likes to watch Smallville also known in our house as “Somebody Save Me” in the morning (not his first choice of shows, but they took Angel out of their line-up – Boo!). I noticed that a show was on that usually only plays at night – I think it was Major Crimes. It took a second but I finally remembered that I had taken a nap and it was 8:00 at night and it was still Monday, just as DC told me while I insisted it was Tuesday.

Now I had to make a joke out of the whole thing because he was still looking at me like I had really lost my mind. “Ha Ha, DC! Mom was confused! You were right, it is Monday! Mom made a mistake, I must have been very tired!”

He laughed. I don’t know if he really understood how funny it was, all that he knew was that Mom made a mistake, and he always thinks that is funny!

Looking back though –
Did I notice that I still had my work clothes on? – No
Did I notice it was 8:00 pm when I checked my phone for missed calls? – No
Did it occur to me that DC would never be sitting quietly at 8:00 in the morning? – No

So the conclusion I have come to is –