LOST was one of the handful of TV shows that I always made a point of watching in real-time (Eureka and the Walking Dead are the others). First thing in the morning when I arrived at work the day after a new LOST episode *Al and I would discuss the entire show from beginning to end – theories, theories, theories. As soon as lunchtime hit, *Dustin would be in my office and we’d go through the whole thing again. *Al commented more than once that we needed a support group –  and looking back on it- we all probably did. Out of the office, the conversation always turned to LOST after our monthly Human Services Committee meetings with at least one and at times two of the Town Staff that were in attendance.

May 23rd – LOST-aversary, as it has come to be known is celebrated every year. Greeting cards are mailed and LOST gifts are presented.

This year I am away on vacation. I don’t know at the time I am writing this what kind of internet or phone access I will have.

So…. it is the 5th annual Lost-aversary and……

There will be no annual “Make Your Own Kind of Music”  and “Shambala” voicemail messages to kick off the day.

The greeting cards were not mailed because they would arrive much too early.

But….. the gifts have been purchased and this post has been pre-scheduled so with any luck *Cracker will see the post and it will remind him make his deliveries.

I am sorry I am missing it, but at the time this post is scheduled to publish, we should be having a Dr. Who Experience which almost totally makes up for missing the 5th Lost-aversary.

Many things, good and bad have been said about the way this show ended.

The only disappointment for me was never hearing or seeing Libby’s full back story and…… was Hurley’s imaginary friend Dave, really Libby’s dead husband? His name was David and…… it sort of looked like Libby was seeing him at the table with Hurley at the institution …… Yes, I still obsess and go right back into “theory mode”, when the subject of “LOST Unanswered Questions” comes up.

I haven’t watched the series again since it ended. I haven’t wanted to. There are some television series I can and do watch over and over again, like Eureka, Firefly, The West Wing, Homicide; Life on the Streets and Angel – all of which I absolutely love and there are others like LOST that I have no desire to watch again, not because I didn’t just love every single minute of it (with the exception of season two, The Tail Section season) but because I want to remember it the way I remember it. Maybe on the 10th Lost-aversary, but not now. I have watched the last episode over a good many times, though.

Say what you want about the way it ended, but……

These people left the island and went on to live their lives. One by one as in real life, they died – all at different times and at different ages and stages of their lives. Afterwards, they moved into a sort of ‘holding pattern’ where they lived completely different lives (Flash-sideways) oblivious to the life they once had and unaware that they were there, in this new life waiting for each other. They lived their new lives until all were there, united and were ready to remember – to remember their previous life, the most important part of their life and the people that they loved. They lived these lives until they were ready move on into the light….. together, as it should be.

Christian Shephard to his son, Jack: “Well, there is no “now”, here.  This is a place that you… that you all made together so that you could find one another. The most important part of your life was the time that you spent with these people on that island. That’s why all of you are here. Nobody does it alone, Jack. You needed all of them, and they needed you.”

And I just love that.

“See you in another life, brother” 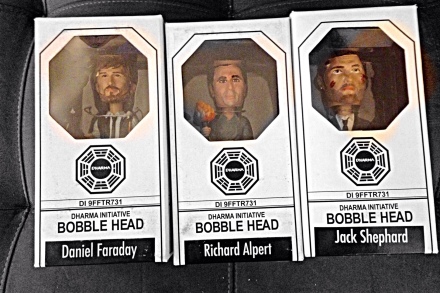