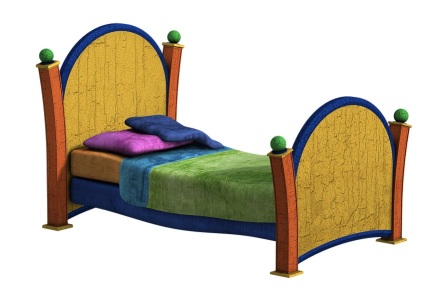 A couple of weeks ago on the 4th, my neighbors decided to blow off “cannons” right under our window………It went on for hours.

Now, DC really does not mind fireworks when he is expecting them. It’s the fireworks that begin two weeks before and continue on for a month after the 4th that bother him. Being a guy who is terrified of storms, hearing these random fireworks does not go over all that well.  Even on the 4th when he should be expecting them, he certainly is not agreeable to the noise when it sounds like a cannon is going off directly under our window.

Due to the my neighbors and a couple of pretty good storms over the last few weeks, we have been sleeping on the couch.

When DC was young, he would come into my room when there was a storm and he was afraid. This did not mean he would calm down but once he tired of repeating the same few phrases over and over again, he would finally fall asleep.

He is  27  now (chronologically) and it is no longer appropriate for him to come and sleep in my room. He does not understand this because in his mind, the storms are just as scary as they were when he was young and quite honestly, developmentally,  he is just as young as he was then. There is no good way to explain this to him.

So……  now during storms or when he hears a loud noise that might be a storm or fireworks or a truck driving by or a plane flying over head…… we sleep on the couch.

I have a sectional.

He sleeps on the chaise lounge (the bottom of the L)  and I sleep on the straight part.

I am old. Everything hurts after sleeping on the couch for more than a few days.

It is not always easy to get him back to his room and into his bed, especially at this time of year when the storms just seem to  keep on coming. It doesn’t even need to be a storm – clouds, dark skies, rain or anything that puts the notion of a storm in his head is enough to send us “to the couches”.

Our last round of couch-sleeping lasted more than 2 years. I am hoping this round does not last anywhere near that long.

It’s only been two weeks but I am tired.

It’s only been two weeks but I am afraid that there are plenty more storms ahead. ‘Tis the season.

It’s only been two weeks but I can already tell that it is going to be a very long summer. 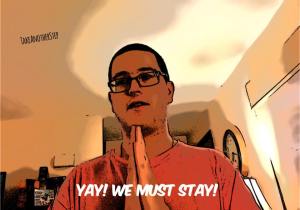 Between looking out the door and repeating “Storm is over soon, Storm go away, I am brave, Storm is over soon……” DC kept coming into the room with his hands in prayer position, bowing and saying “Yay! We Must Stay”. I just assumed it was more drama about the storm but I’d never heard him say this before so I asked him (thinking it must be a movie line) where this was from…..
DC: Yoga Class
(I’ll give you a minute…..

This has been a Finish the Sentence Friday  5-minute stream-of-consciousness post about “My Bed” hosted by Kristi Campbell of  Finding Ninee and Kenya G. Johnson of Sporadically Yours

14 thoughts on “The Couch; Another Round”