…..and in an effort to keep myself occupied, I am writing. 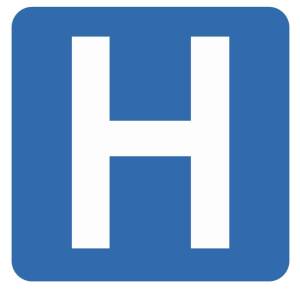 DC had a seizure last night. He is 24 years old and has never had a seizure. Other than the time he got an ear bud from his headphones stuck in his ear, he has never been to the Emergency Room or hospital. He has never been on any medication of any kind with the exception of antibiotics every once in a while.

Now that we are home, I don’t know what to do with myself. All I have done since we left the hospital is watch every move he makes and pace. I jump when he makes a noise, I jump when he’s too quiet. I am trying (but not succeeding) not to frighten him. Instead of sitting there and staring at him, which I know is making him nervous – I decided to sit and write so at least to him I am not focused on every move he makes (I am, but he is less inclined to notice). I have bothered as many friends as I possibly could already, so now I have nothing to do with myself than stare at him while trying not to frighten him and pace.

I had no intention of writing about this and I am not even sure that I will post it when I’m finished but I am finding it is helping me to talk about it, so for DC’s sake and my own – and before I make him fear ever leaving the couch again, talk and write is what I am going to do.

Yesterday we participated in a Bike-A-Thon for DC’s old baseball league, The Challenger Division of Little League. He aged out when he was 21 so he no longer plays but we had been involved since he was 5 and we hoped to see some old friends there, so we decided to sign up. We live in a duplex and right before we were ready to leave, my neighbor came out and said she was having a problem with water backing up into her basement. There was nothing we could do for her as it seemed to be a bigger problem than just a clogged drain so we suggested she call the landlord.

It was a hot day, but DC did well on his bike. We were home by 10/1030. When we arrived home the landlord asked us to use as little water as possible until they could figure out what was wrong. Later she came and said they had to call someone on MONDAY to look at it, but we could not use the water as everything was backing up into the neighbor’s garage. Great! We had just come back from a hot and sweaty bike event and now we could not use the shower or the bathroom. I thought about it for a while and decided we would check into a hotel that was close-by for the night and bring DC home in the morning in time for his transportation to work.

DC was not happy about this. He was looking forward to staying home on his computer. I was a bit surprised because he usually loves going to a hotel and we always bring his computer. He was happier once I told him we could go out to dinner.

Fortunately Doug decided to go with us. We checked into the hotel, dropped our bags in the room and went down to the restaurant for dinner. DC showed no signs that anything was wrong. He was acting his normal self all through dinner and when we left the restaurant. Between the restaurant and the elevator, which is only a distance of about 20 feet, I heard this odd noise coming from DC. I looked at him and for a split second thought he saw someone or something in the lobby that he was excited about and that he was making his normal “DC noise” but I quickly realized that this sound was different, a low roar that sounded like it was coming from his throat. I noticed his head was cocked to the side and his face was twisted. I panicked and yelled “What is wrong?”. His whole body began to convulse at which point I began screaming. Doug who works with Special Needs Adults and had just completed “seizure training” recognized what was happening right away. I don’t know if I guided him to the floor or if he started going down and I caught him, I don’t remember. Doug says I guided him to the floor. He continued to thrash and seize on the floor. Suddenly we were surrounded by hotel staff – I don’t even know where they came from and how they got there so quickly, but they had someone counting down, and another came with oxygen. I tried to keep myself together so as not to scare him and I did for the most part until we were getting into the ambulance and I called his Dad. It wasn’t until I said the word out-loud that I started to really lose it. I know someone had been counting down, but I don’t know how long he seized – it was an eternity in my mind. Doug thinks it was about 3 or 4 minutes and it was another 20 minutes or so until he seemed to be fully aware of his surroundings.

By the time we got to the hospital, around 900PM he was talking again. I could see that he still wasn’t himself. He let them put an IV in, which as I’m sure I’ve mentioned before would never have happened if he was not so wiped out by what had just happened. When I have to take him for a regular shot at the DR’s office, I have to bring Doug and his Dad as back up. Doug followed the ambulance, his Dad arrived about 45 minutes later and then my mother arrived. We had a full house but DC was glad to have everyone there with him.  We were there until 2:30 AM. He had blood work and a CAT scan. All of which came back normal. They recommended that we see his regular doctor and that she order/schedule and EEG.

We went back to the hotel because we couldn’t go home and DC slept very well. I called my landlord in the morning and the water issue had been taken care of – we were able to come home.

I will never forget that sound and his face when the seizure started for as long as I live. I am aware that seizures often accompany autism. I worried a lot about this when he was younger but once he was 13 or 14, when they usually rear their ugly head, I felt relieved and at this point a seizure was the last thing on my mind. I suppose that is why it didn’t click immediately with me what was actually happening until Doug said it.

I have been writing bits and pieces of this all day – anytime I felt like I was making him nervous, not really knowing if I’d even post it or not. It just helped me to write it. If you are reading this, that means I decided to hit publish.

We have an appointment with his doctor tomorrow to schedule his tests and I have other suggestions from friends with children that have seizures one being an EMT as well,  that I will bring up with the doctor tomorrow. But for now, I guess I just wait and hope it doesn’t happen again or we can figure out why it happened. If we can’t figure that out then I just have to hope it can be easily treated and I hope I am not scarring him for life with my anxiety over this.

I am trying desperately not to…..